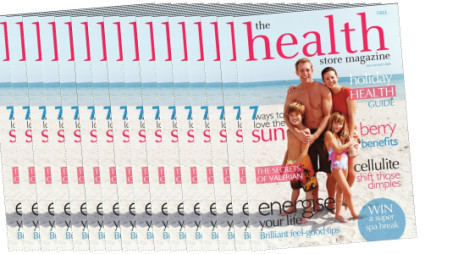 All in the mind
February 2009 Transcript:

Hypnosis has been used from time immemorial to help sooth mental and physical pain and today it is a highly successful treatment for a host of different conditions, as Patsy Westcott finds out.

Hypnotherapy is a type of psychotherapy that aims to change the way you think about things so you can deal better with what whatever life throws at you. It works by inducing a state of consciousness similar to that of a daydream in which you are deeply relaxed and open to suggestion. “In this state you can create a new positive reality for yourself or change your perception of past events which may be affecting your current behaviour.

There is also growing evidence which shows that the mind is directly linked to our immune systems, which means that techniques used in hypnotherapy can also affect our physical well-being,” says London and Hertfordshire based hypnotherapist Darren Marks.

Healers of all persuasions from countless different cultures have used trance-like states to aid healing – from the ancient Greeks and Egyptians, who used it in their dream temples, to tribes in Africa and South America today. Modern hypnotherapy, however, can be traced back to the work of the 18th century Austrian doctor, Franz Anton Mesmer, who coined the term ‘mesmerism’.

Although Mesmer was denounced as a charlatan, in 1843 the Scottish surgeon James Braid became interested in his techniques and began to use what he called ‘hypnosis’, to ease the pain of surgery for conditions such as club foot and curvature of the spine. Braid saw hypnosis as a kind of sleep and his main technique was to get his patients to focus on a small bright object held close to the eyes.

The father of psychoanalysis Sigmund Freud also used hypnosis in his early years of practice, although he later abandoned it. However it was the US psychotherapist Milton H Erickson, known as the father of modern hypnotherapy, who in the 1950s and 60s developed a method of hypnotherapy that is still in use today.

Hypnotherapists argue that entering a hypnotic state is a shortcut to the deeper subconscious layers of the brain enabling you to access any subconscious thoughts or feelings and bring them to the surface.

It is claimed that nine out of 10 of us are capable of being hypnotised and of these, one in 10 are so strongly suggestible that we can be induced to enter a deep hypnotic state in which our ability to feel pain is substantially reduced. A recent Channel 4 documentary, Hypnosurgery Live, which showed a man undergoing hernia surgery under hypnosis, was an example of this.

In fact, says Marks, there is nothing spooky or mysterious about a ‘trance’ or hypnotic state. “It is a natural state of mind, akin to that state of complete concentration you often see in sportspeople who are totally focused on the game. You may have experienced it yourself when you are totally absorbed in a book, film or other activity and are oblivious to distraction,” he explains.

Marks, who runs courses for The Institute of Clinical Hypnosis at Kings College in London and once demonstrated his skills to Prince Charles at The South East Cancer Help Centre, explains, “What hypnotherapy does is to harness this natural state of mind to help clients actively pursue goals and solve problems,” he adds.

It is said that creative people with a highly developed ability to become absorbed in what they are doing make the best subjects for hypnotherapy, but, as Anne Woodham points out , “Much depends on a willingness to be hypnotised and a good rapport with the practitioner.” Hypnotherapists insist that it is impossible to be hypnotised against your will, as the mind is naturally resistant to suggestions to do anything that you do not really want to.

Hypnotherapy can help with a wide range of problems from phobias, such as fear of flying, public speaking and so on, to helping with stopping smoking, weight loss, and a whole host of physical problems such as headaches and migraine, asthma, eczema and other allergies, which are exacerbated by stress or have a psychological component. It is also used in many cancer centres to help people with cancer deal better with the stresses and strains of severe illness.

I see many people with different presenting conditions but the common underlying thread is often a negative emotion, such as anger, sadness, fear, hurt or guilt. My task is to help release these with hypnotherapy so people can move forward in their lives,” says Marks.

Hypnotherapy is one of the better investigated complementary therapies and several studies have shown it to be effective as a treatment. One of the earliest published by the British Medical Association in 1953 concluded that hypnotherapy was useful for treating psychosomatic and psychological illnesses as well as for pain relief in surgery, dental treatment and childbirth. Other studies published in the 1960s found it to be an effective treatment for asthma, while a 1984 Australian study found it to be successful in combating anxiety.

Dr Peter Whorwell, Professor of Medicine and Gastroenterology at the University Hospital of South Manchester and Director of the South Manchester Functional Bowel Service has found it to be highly effective in patients with irritable bowel syndrome (IBS). Dr Whorwell’s research has shown that there is a 60% to 80% response rate to hypnotherapy and that all symptoms, including those directly affecting the colon, are improved and stay improved over long periods.

More recently, Dr Leslie Walker, a clinical psychologist, working Yorkshire has reported that sufferers of a kind of lymphatic cancer, called Hodgkin’s lymphoma, offered intensive rehabilitation, which included relaxation (both with and without hypnotherapy) survived almost twice as long as those offered standard treatment. Meanwhile, in July 2008 Dr Simon Duff, a forensic psychologist from Liverpool, reported that hypnotherapy helped improve concentration, memory and socialisation in people with dementia. Relaxation, motivation and daily living activities also improved with the use of Hypnosis.

Although hypnotherapy undoubtedly ‘works’ the exact mechanisms at play are not fully understood. Scientists at Birmingham University have shown that hypnotic suggestion produces real changes in brain activity when viewed on a brain scan.

At an initial visit the practitioner will question you about your physical and mental health and why you have sought hypnotherapy. Many hypnotherapists do not start the actual hypnotherapy until the second session to allow them to get to know the client and decide what techniques are likely to be most effective.

The exact technique used to induce a trance varies from practitioner to practitioner but may include using ‘white noise’, rhythmic sound that mirrors the ‘theta’ brainwaves produced when you are highly relaxed, visualisation (asking you to imagine a beautiful place where you have been relaxed), and counting down from ten as you imagine yourself becoming more and more relaxed. You may be encouraged to close your eyes to shut out outside distractions. Once you have entered the hypnotic state you are still aware of your surroundings but they may appear distant as in a daydream.

The practitioner may then use a number of different techniques to help you. These include using suggestion, to encourage you to ditch negative thoughts and adopt more positive ones and ‘regression’, taking you back to a traumatic event or memory and asking you to imagine yourself behaving differently. “You are not going to forget the event but you can help the person realise that they can still learn from it without having to hold on to the negative feelings associated with it any more,” explains Darren.

To end the session the practitioner will encourage you to gradually come back into the present moment, perhaps by counting you back up from one to 10.

COST Expect to pay between £60 and £120 a session, depending on where you live (you will pay more in London) and which clinic you visit.
HOW MANY SESSIONS Treatment may consist of several one or two hour sessions and the number needed will depend on your precise problem.
COMPATIBILITY Hypnotherapy is compatible with both orthodox and complementary therapies. However, if you suffer from severe mental health problems or epilepsy consult your GP. You may still be suitable for hypnotherapy provided you are taking your medication.

Most us can learn to induce a hypnotic state ourselves with practice. Darren Marks suggests the following.